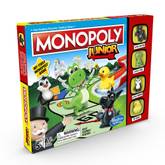 Monopoly games have been entertaining families since 1935, and people love the roller-coaster ride to success. Pass Go, take a Chance card, and you might just build the property of your dreams…or you might end up in Jail! Whatever happens, it's fun all the way to the top! And now kids can join in the excitement with the fast and fun Monopoly Junior game. 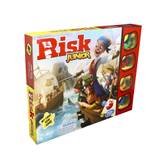 Battle for treasure on the high seas! What a great way to introduce kids to the iconic Risk brand. The Risk Jr. board game features easy-to-get gameplay, an engaging pirate theme, and bold, colorful artwork. Kids move their boat token around the game board in search of buried treasure as they battle for control of the islands, aiming to collect the most loot to win. The game requires no reading, is quick to set up, and can be played in less than 30 minutes. Engage family members ages 5 and up with this junior edition of the classic strategic combat game. 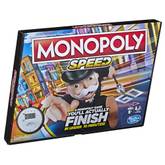 Not a lot of time? No problem! The Monopoly Speed board game can be played in under 10 minutes! Everyone rolls and buys at once so players don't have to wait for their turn. During 4 rounds, players race against the timer to buy, trade, and sell properties faster than ever. The timer counts down each buying and trading stage, and there's no break between stages. There are even 2 Go spaces, and players can get out of Jail free every time. The Monopoly Speed board game is great choice for family game night, parties with friends, and a quick break from the every day. 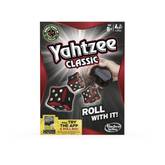 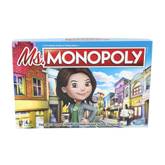 This breakout Monopoly game introduces Mr. Monopoly's niece, a self-made investment guru, here to update a few things! The game celebrates women inventors as players move around the board collecting iconic things that wouldn’t exist without women. WIFI, chocolate chip cookies, bullet proof vests and the list goes on! This is the first game where women make more than men, but who you are is up to you. Includes unique tokens that representthe adventurous spirit f Ms. Monopoly. 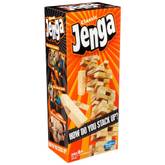 Want a game experience that combines friends, skill, suspense, laughter, and maybe a little luck? You gotta get the Classic Jenga game! It’s the perfect game for everyone, with edge-of-your-seat, gravity-defying action. Do you dive right in and pull your block, or take your time and study the stack? Any way you choose, show your Jenga style! 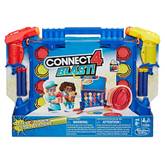 Connect 4 gameplay meets Nerf dart blasting! The Connect 4 Blast! game is an exciting and active game in which players strategically shoot at the coloured discs using the included Nerf blaster and Nerf foam darts. Players battle it out at the same time trying to be the first player to get 4 discs in a row of their colour. Show off your targeting skills by firing the Nerf blasters at the discs. Put blasted out discs in the loading tray at the top of the grid and continue to play as these discs fall. 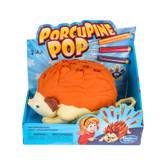 Who will make the porcupine pop? This exciting kids' game combines simple play with silliness and suspense. Roll the die, press the porcupine's nose that number of times, and hope his darts don't fly out. No one knows when that will happen, and the only player not to make the porcupine pop wins. Kids can switch up the gameplay and try a round where whoever makes him pop first wins. Or try a game where each dart color is assigned points and when the porcupine pops, players race to grab as many darts as they can, and the player with the most points wins. 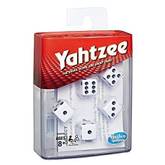 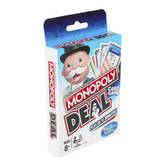 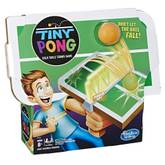 The Tiny Pong Solo Table Tennis game brings exciting bouncing action into the palm of your hand! Launch the ball off the court and bounce it repeatedly on the court to rack up points. Move the court back and forth under the ball. Keep it going, getting a point for every bounce. To increase the challenge, switch from Beginner mode to Expert mode. The game responds with lights and sounds as players try to beat their highest score by getting as many bounces as they can! How long can you keep it going? 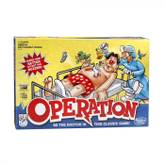 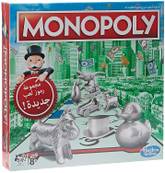 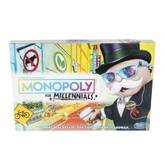 Money doesn't always buy a great time, but experiences, whether they're good -- or weird -- last forever. The Monopoly for Millennials game celebrates just that. Instead of collecting as much cash as possible, players are challenged to rack up the most Experiences to win. Travel around the gameboard discovering and visiting cool places to eat, shop, and relax. Interact with other players via Chance and Community Chest cards, (which are super relatable). And players don't pay rent -- they visit one another, earning more Experience points. This board game is a great way to bring a fun and relaxed vibe to a party or casual get-together. 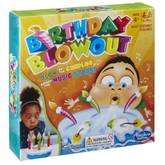 Blow out the tricky candles as fast as you can! Take turns trying to blow out all five candles before the music stops! If you blow them all out successfully, you’ll move on to the next level! But watch out, these candles sometimes flicker and relight, so you’ll have to keep blowing until they stay out! You’ll have less and less time to blow them out the more you level up. Blow out the most candles to win! 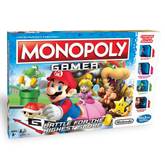 It's the Monopoly game with a Nintendo twist as it joins forces with beloved Nintendo video game characters. Instead of standard Monopoly tokens, the game features Super Mario characters, each with their own special powers within gameplay. Play as Mario, Princess Peach, Yoshi, or Donkey Kong. Finish the game by defeating Bowser at the end! It's not just about money in this game; players earn points by buying Properties, collecting Coins, and beating Bosses. The player with the highest score wins the game. 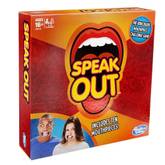 Get ready to be doubled over with laughter with this ridiculous mouthpiece challenge game! The Speak Out game brings friends and family together for laugh-out-loud fun as players try to say different phrases while wearing a mouthpiece that won't let them shut their mouth. In the Speak Out game, players draw from the deck and read the phrase as best as they can, but it's not so easy to do when the mouthpiece is hindering them from forming words correctly. The timer counts down as players try to say phrases such as "he's my stealthy pet ferret name Garrett", "slow down, you careless clown", or "pelicans love pollywog falafels." The laughter continues as players try to decipher what in the world their teammate is trying to say, and must correctly guess the phrase in order to earn the card. The team with the most cards at the end of the game wins. The Speak Out game includes 200 double-sided cards, 5 mouthpieces, and a timer. 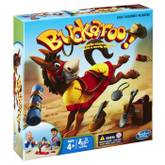 In this thrilling Fortnite edition of the Monopoly game, players claim locations, battle opponents, and avoid the Storm to survive. The gameplay, design, and components of the board game include elements inspired by the video game including Fortnite locations and loot chest cards. Instead of Monopoly money, players earn Health Points (HP).

First choose a character: pick from 27 awesome outfits. Then, it's time to battle. The action die lets players pick up health packs, build walls, and damage their opponents. Every time a player passes go they unleash the Storm; avoid it or lose HP. Like in the Fortnite video game, the last player standing wins!

It's the Guess Who? game – the original guessing game! Each player chooses a mystery character and then using yes or no questions, they try to figure out the other player’s mystery character. When they think they know who their opponent's mystery character is, players make a guess. If the guess is wrong, that player loses the game! 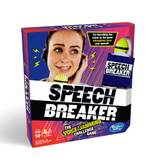 Can you overcome the voice-jamming challenge? You’re reporting live from the scene! Put on the game headset, talk into the microphone, and get your teammates to guess who/what/where without saying any of the words on the cards. What’s the catch? The microphone jams your speech with a built-in delay. As you talk, you’ll hear your delayed voice through the game headset, making it harder to speak clearly. For example, how would you report that ""an Alien is Swinging Kettlebells in a Glass House"" without saying any of those words – and in just 30 seconds – with your speech jammed? 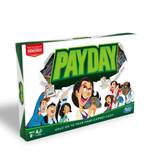 Gather the family together to play this game of handling finances. Pay Day comes at the end of the month, and to make it there without going broke, players will have to manage their money wisely. Try to stack up the cash by finding bargains and selling them for a profit. Take out loans if necessary, and watch out for those bills. The game features a Pay Day die that adds unexpected twists and turns to gameplay. The player who can make -- and hang on to -- the most cash wins! 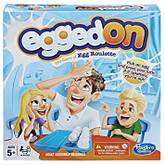 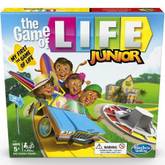 Choose your fun adventure with the game of life - junior style! 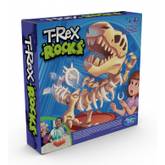 Don't Wake The T-Rex! In the T-Rex Rocks game, players take turns placing the plastic bones on the dinosaur. Spin the spinner and place the bone it points to anywhere along the dinosaur's back. But be careful! If a player wakes the dinosaur, he'll shake, and that player is out. The last player left wins! Kids love dinosaurs and this game can make a great indoor activity for kids and a fun gift for girls and boys ages 4 and up. 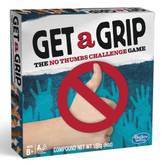 The Get a Grip game is Hasbro's twist on the ""no thumbs challenge"" in which players compete head-to-head in challenges without using their thumbs! First, players wrap their thumbs (or for greater challenges, tuck in additional fingers) in the included hand bands so that they can't use them. Then a player picks a card that will tell them to Draw it, Sculpt it, or Do it…all without the use of these important body parts. Earn cards by completing challenges. The first person to collect 3 cards wins the game. 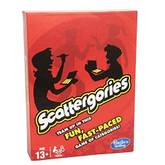 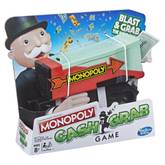 Get ready for loads of fun with this ""off the board"" Monopoly game! Load the Monopoly Money into the Money Blaster (aka the Bank), and blast cash and Chance cards into the air. Everyone rushes to grab as much cash as they can. Collect Chance cards that add more strategy to the game and help players get more money. Once the blaster is empty, the player with the most cash wins! 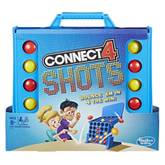 Bounce 'em in for the win! The Connect 4 Shots game is fast-paced, rapid-fire fun in a race to get 4 shots in a row! Count down to start: 1-2-3…bounce! Two players bounce the lightweight, colorful balls into the grid at the same time. Remember, the balls must hit the table before going in. Keep bouncing balls until a player gets 4 in a row of their color for the win. Then when the game is over, fold the grid into a handy storage case. 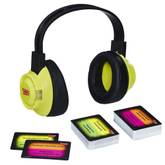 The Hearing Things Game, Hasbro's twist on the online viral "Whisper Challenge" sensation, the Hearing Things Game has players guessing what they think their teammate is saying by reading their lips. One player puts on the speech-cancelling electronic headphones and the other player says the random phrase shown on the card. The player wearing the headphones can't hear what their teammate is saying and has to figure it out to earn the card.